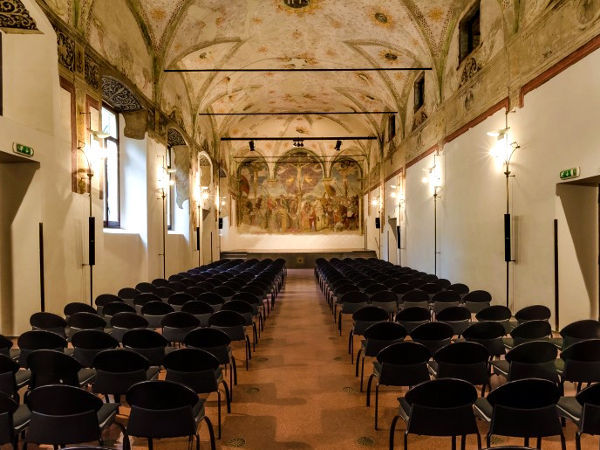 The Screen Music Program is hosted at Società Umanitaria (The Humanitarian Society), a compound of beautiful cloisters and gardens, with large and well-equipped rooms for meetings, debates, concerts, and exhibitions.

Located in downtown Milan, at ten minutes walk from Milan Cathedral, Società Umanitaria is one of the longest standing institutions in the city. It was founded thanks to the determination and mission of Jewish international merchant and enlightened patron Prospero Moisè Loria. In 1892, he decided to bequeath his considerable assets to ensure that the newly established Humanitarian Society – to be managed by Milan Municipal Authority – was engaged in every possible way in “helping the underprivileged become independent, providing them with support, employment and education, and more generally working to achieve the best educational and socio-cultural development in every sector of individual and collective life.” 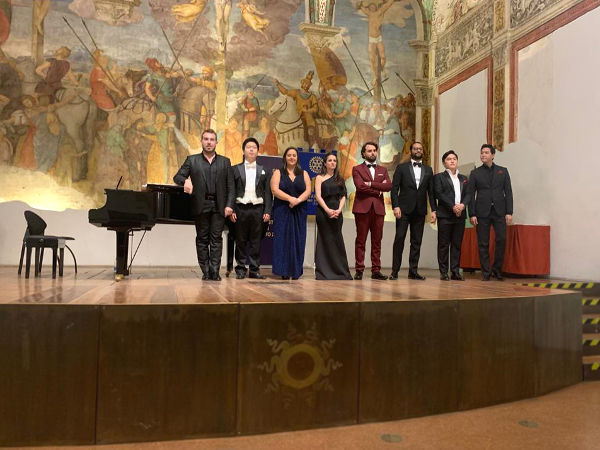 The history of the Cloisters of the Umanitaria begins in the 15th century, during the rule of the Sforza, and is linked to the history of Amedeo Mendes da Silva, noble of Iberian heritage who became a Franciscan once he came to Milan. The community which he founded in Milan was made the subject of an important donation and allocation of a large area by the Duchess Bianca Maria Visconti and her son Galeazzo Maria.

The construction of both the church and the convent started in the third quarter of the 15th century. The convent, which at the end of the 16th century possessed 60 cells and 3 cloisters, already a century later had been enlarged with 30 more cells and a further cloister. The refectory of the convent, now the precious hall of the frescoes, was richly adorned with a Crucifixion by Bernardino Ferrari (1520), a Last Supper by Lomazzo (copy of the Last Supper by Leonardo da Vinci) and works of Marco d’Oggiono.

In 1805 the complex was requisitioned by Napoleon, deconsecrated and aquired by the state; later it shared the fate of other religious buildings in northern Italy, becoming a stable, then a warehouse, a hospital and finally a reform school. Between the 19th and the 20th century the fate of the church and of the convent divided. The church was used as a concert hall, but later the property passed to the Sisters of St. Mary of Reparation, who returned it to worship and to its original function in 1907. 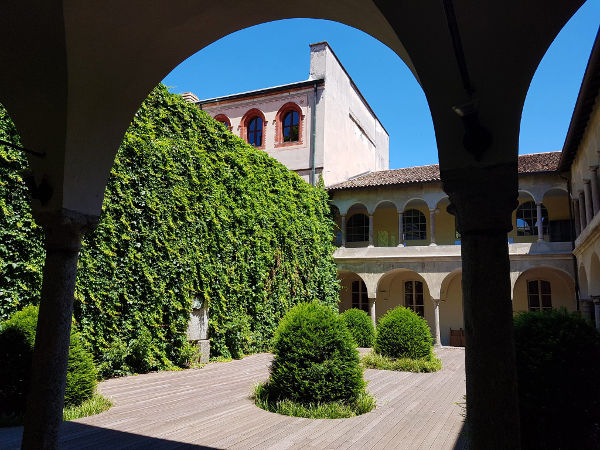 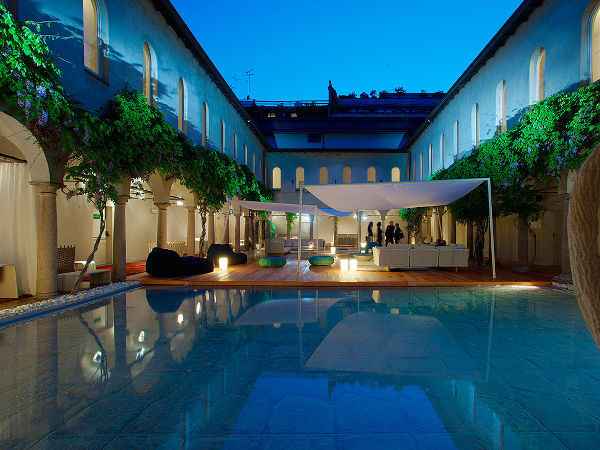 The convent passed from the hands of the Reformatory Marchiondi to the properties of Prospero Mosè Loria, Italian entrepreneur and philanthropist, who made it the headquarter of Società Umanitaria. The Humanitarian Society continues its activities today, still pursuing the original statutory purpose, which was to “enable the underprivileged, without distinction, to achieve a situation in which they could help themselves, and to work for the professional, intellectual and moral advancement of workers”. 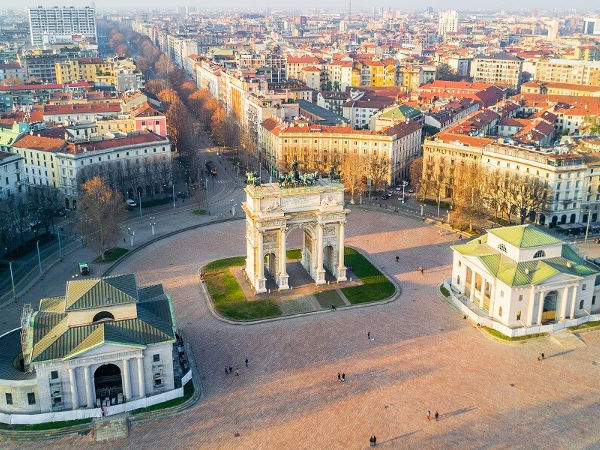 Milan is considered a leading alpha global city, with strengths in the field of the art, commerce, design, education, entertainment, fashion, finance, healthcare, media, services, research and tourism. The second-most populous city in Italy after Rome, Milan served as capital of the Western Roman Empire from 286 to 402 and the Duchy of Milan during the medieval period and early modern age.

The city hosts numerous cultural institutions, academies and universities, with 11% of the national total enrolled students. It is the destination of 8 million overseas visitors every year, attracted by its museums and art galleries that include some of the most important collections in the world, comprising major works by Leonardo da Vinci. Leonardo worked in Milan from 1482 until 1499. He was commissioned to paint the Virgin of the Rocks for the Confraternity of the Immaculate Conception and The Last Supper for the monastery of Santa Maria delle Grazie. 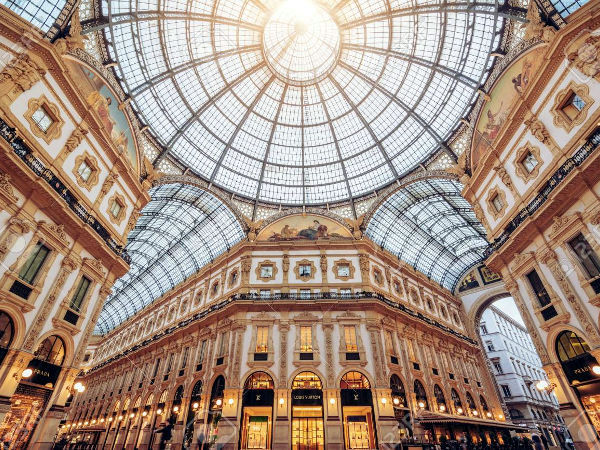 The Pinacoteca di Brera is one of Milan’s most important art galleries. It contains one of the foremost collections of Italian painting. The Castello Sforzesco hosts numerous art collections and exhibitions, especially statues, ancient arms and furnitures, as well as the Pinacoteca del Castello Sforzesco, with an art collection including Michelangelo‘s last sculpture. The Castello complex includes The Museum of Ancient Art, The Furniture Museum, The Museum of Musical Instruments, the Applied Arts Collection, The Egyptian and Prehistoric sections of the Archaeological Museum.

In the 20th century, Milan was the epicenter of the Futurist artistic movement. Today, Milan remains a major international hub of modern and contemporary art. The Modern Art Gallery hosts collections of Italian and European painting from the 18th to the early 20th centuries; The Museo del Novecento is one of the most important art galleries in Italy about 20th-century art; of particular relevance are the sections dedicated to Futurism, Spatialism and Arte povera. 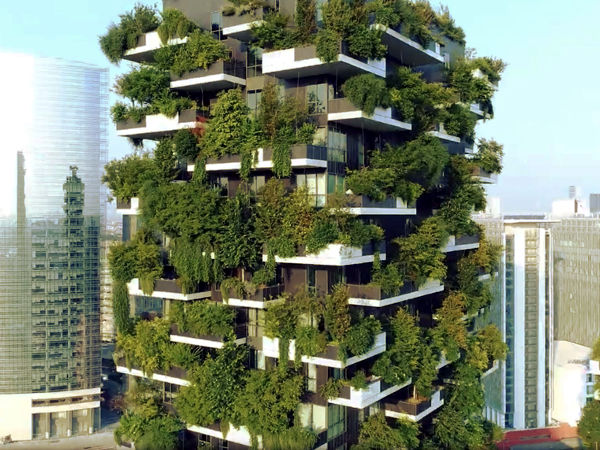 La Scala operahouse is considered one of the world’s most prestigious, having throughout history witnessed the premieres of numerous operas. Other major theatres in Milan include the Teatro degli Arcimboldi, Teatro Dal Verme, Teatro Lirico and formerly the Teatro Regio Ducal. The city is also the seat of a renowned symphony orchestra and musical conservatory, and has been, throughout history, a major center for musical composition.

Milan has been recognized as one of the world’s four fashion capitals along with New York, Paris, and London. Milan is synonymous with the Italian prêt-à-porter industry, as many of the most famous Italian fashion brands are headquartered in the city. Milan’s main upscale fashion district, Quadrilatero della moda, is home to the city’s most prestigious shopping streets, in addition to Galleria Vittorio Emanuele II, one of the world’s oldest shopping malls. 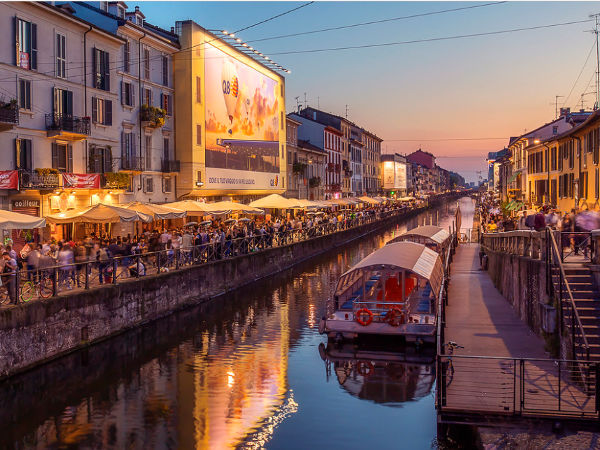 Milan is widely regarded as a global capital in industrial design and architecture. Modern skyscrapers, such as the Pirelli Tower and the Torre Velasca were built by artists such as Bruno Munari, Lucio Fontana, Enrico Castellani and Piero Manzoni. Today, Milan is still particularly well known for its high-quality furniture and interior design industry. The Triennale hosts exhibitions and events highlighting contemporary Italian design, urban planning, architecture, music, and media arts, emphasising the relationship between art and industry.

Milan business district hosts Italy’s stock exchange and the headquarters of national and international banks and companies. In terms of GDP, Milan has the third-largest economy among European cities after Paris and London, but the fastest in growth among the three, and is the wealthiest among European non-capital cities.